I drew inspiration from my 2 favourite verts - Aftershock and Carbide. Aftershock's wheels at the back edge of the bot that allow it to back off if something gets under it (plus I'm not entirely comfortable with relying solely on weapon recoil to self-right), and Carbide's feeder wedge strategy. In the design I've focused on making it as wide as possible to reduce gyro-dancing and as shallow as possible as I think having the wheels/turning axis closer to the weapon axis should keep manouverability high. Along those lines it's not going to be the biggest or heaviest weapon ever at ~50mm diamter - the idea is to maintain manouverability and be relentless with fast spin-up rather than delivering single knock-out hits. Cornering/manouverability is one of the vert design's biggest weaknesses and I hope to overcome that at the cost of KO power. The design is 125mm wide and 65mm deep. 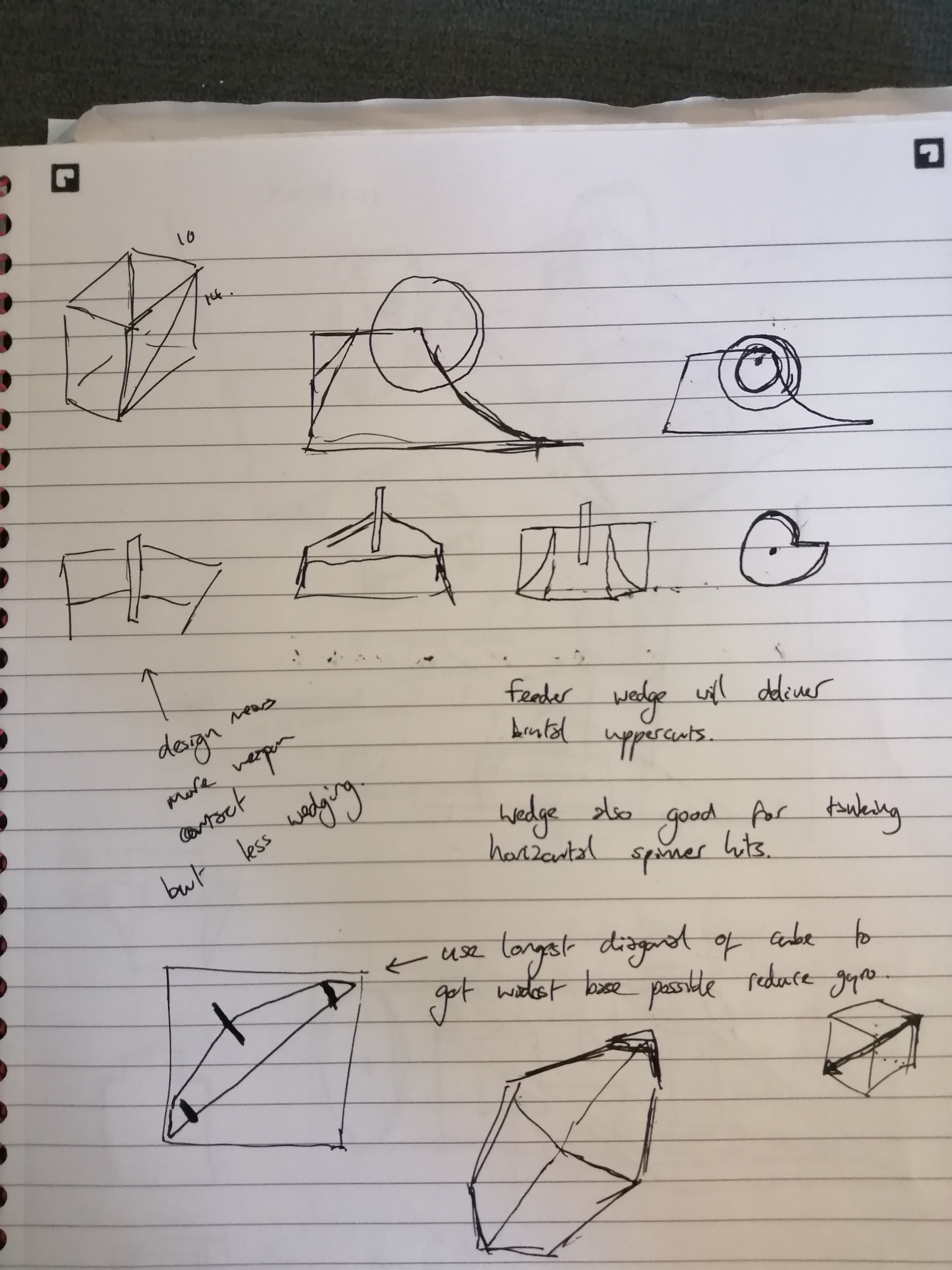 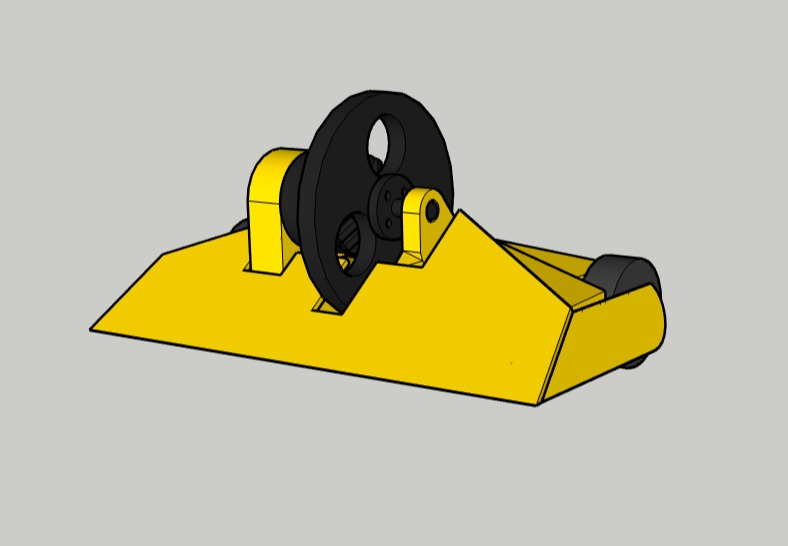 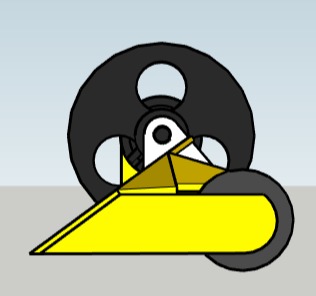 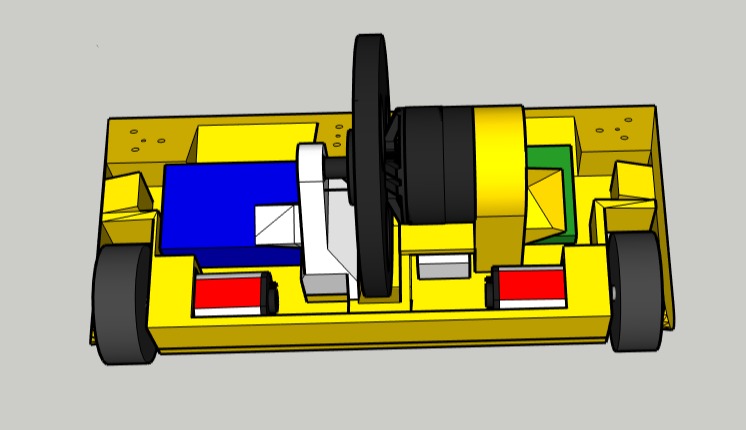 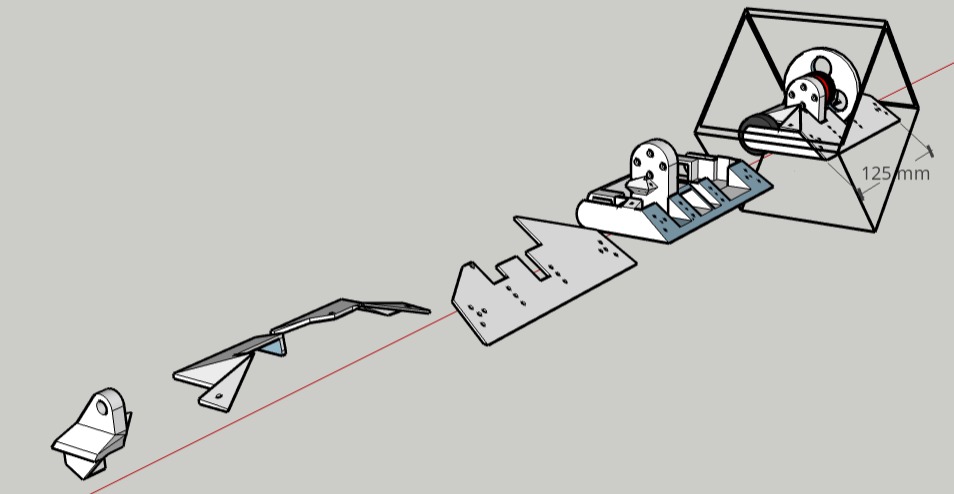 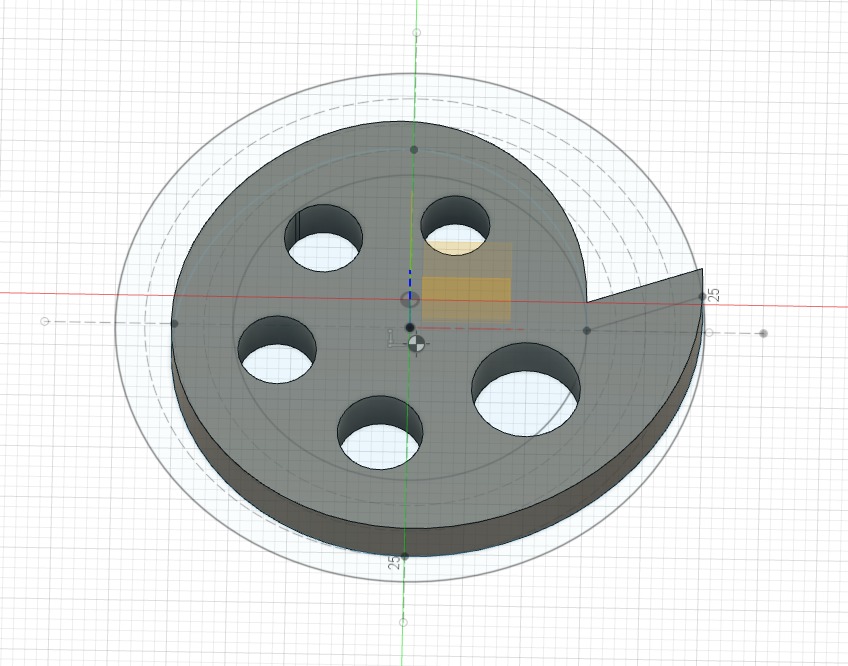 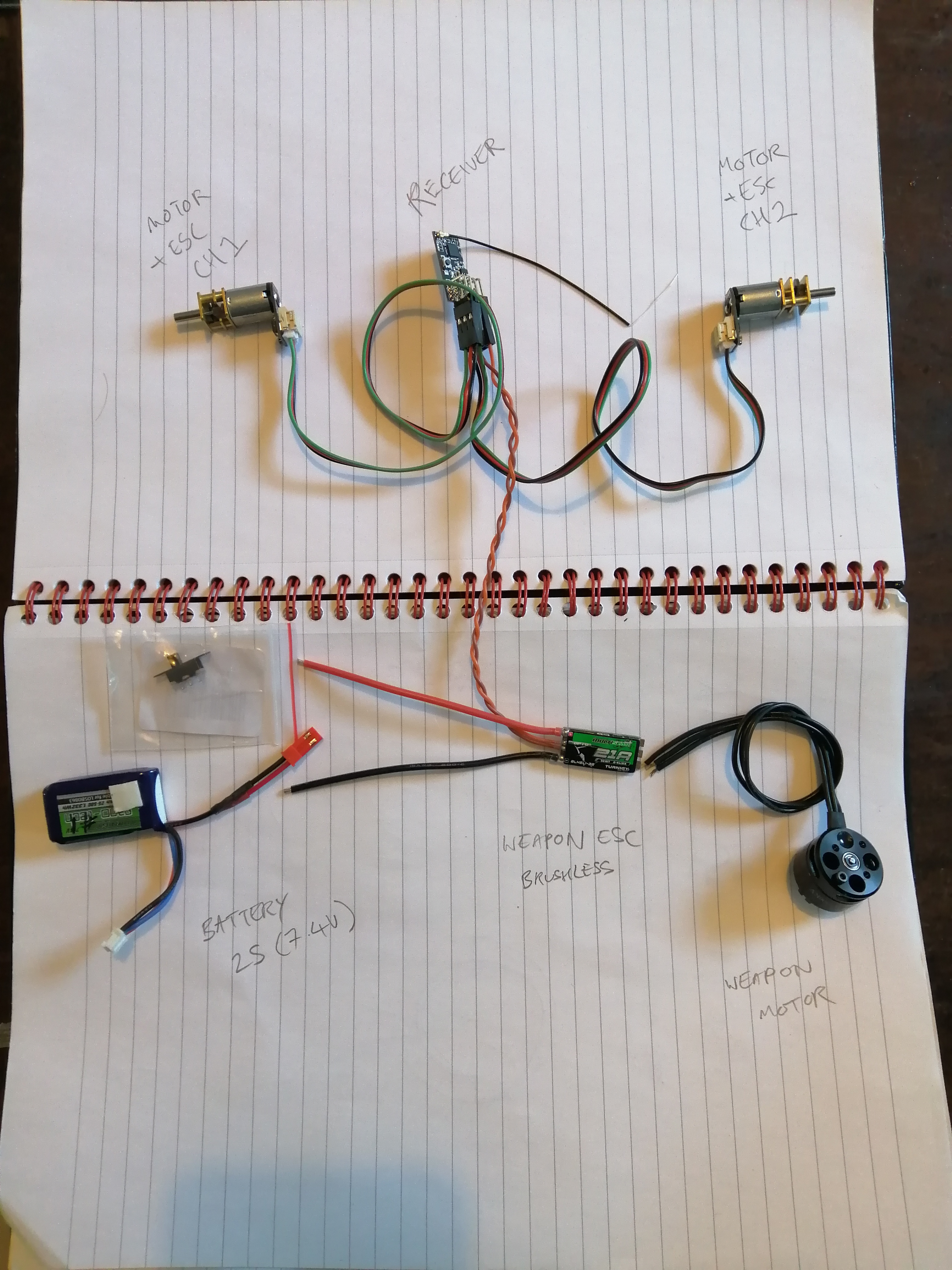 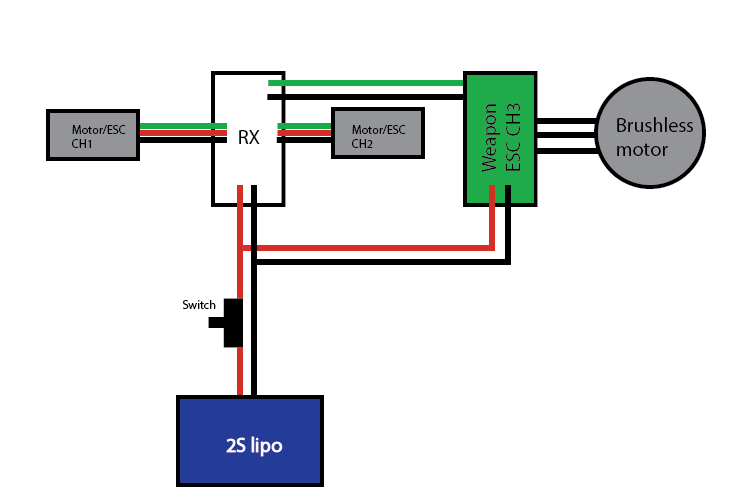 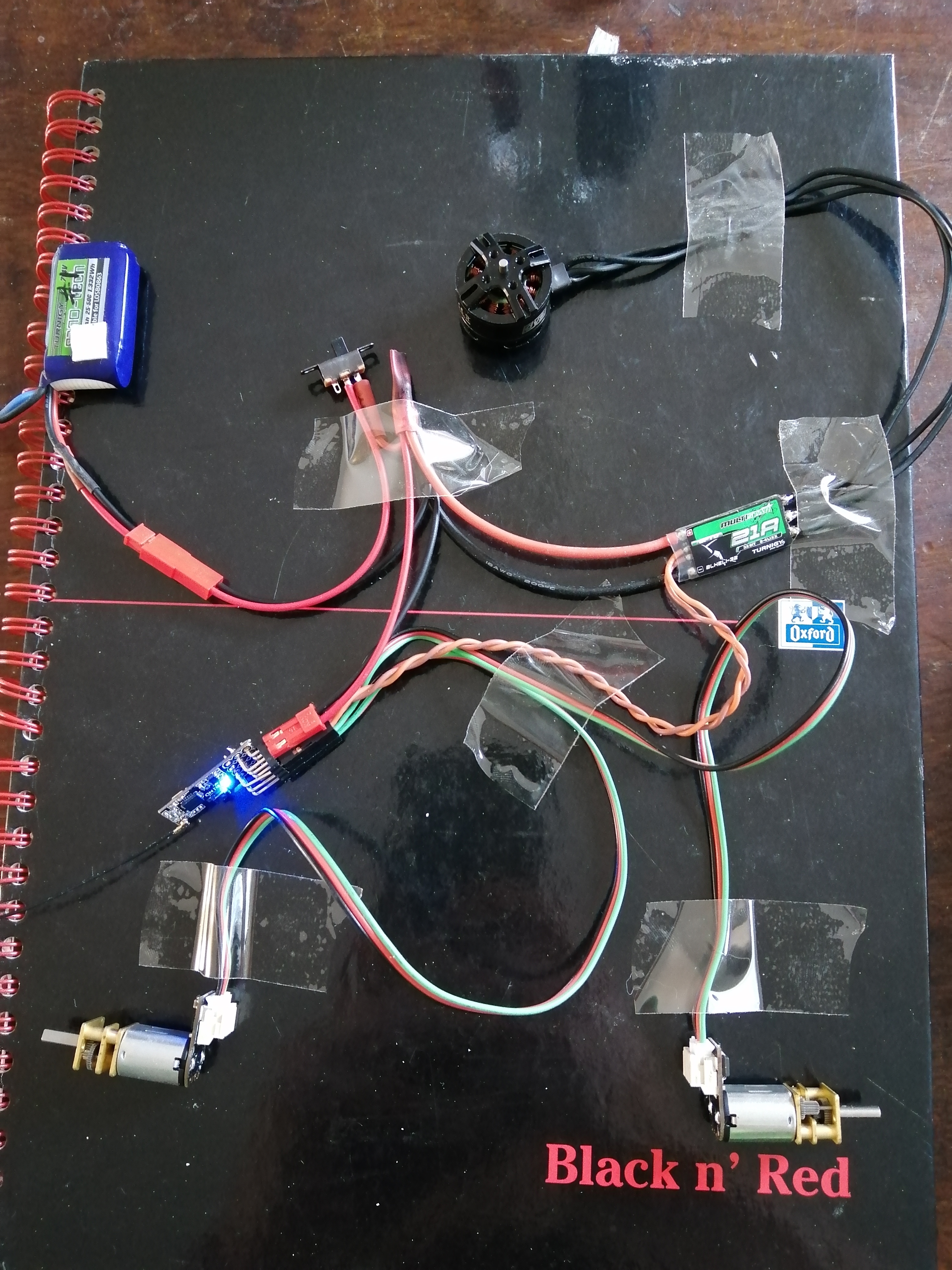 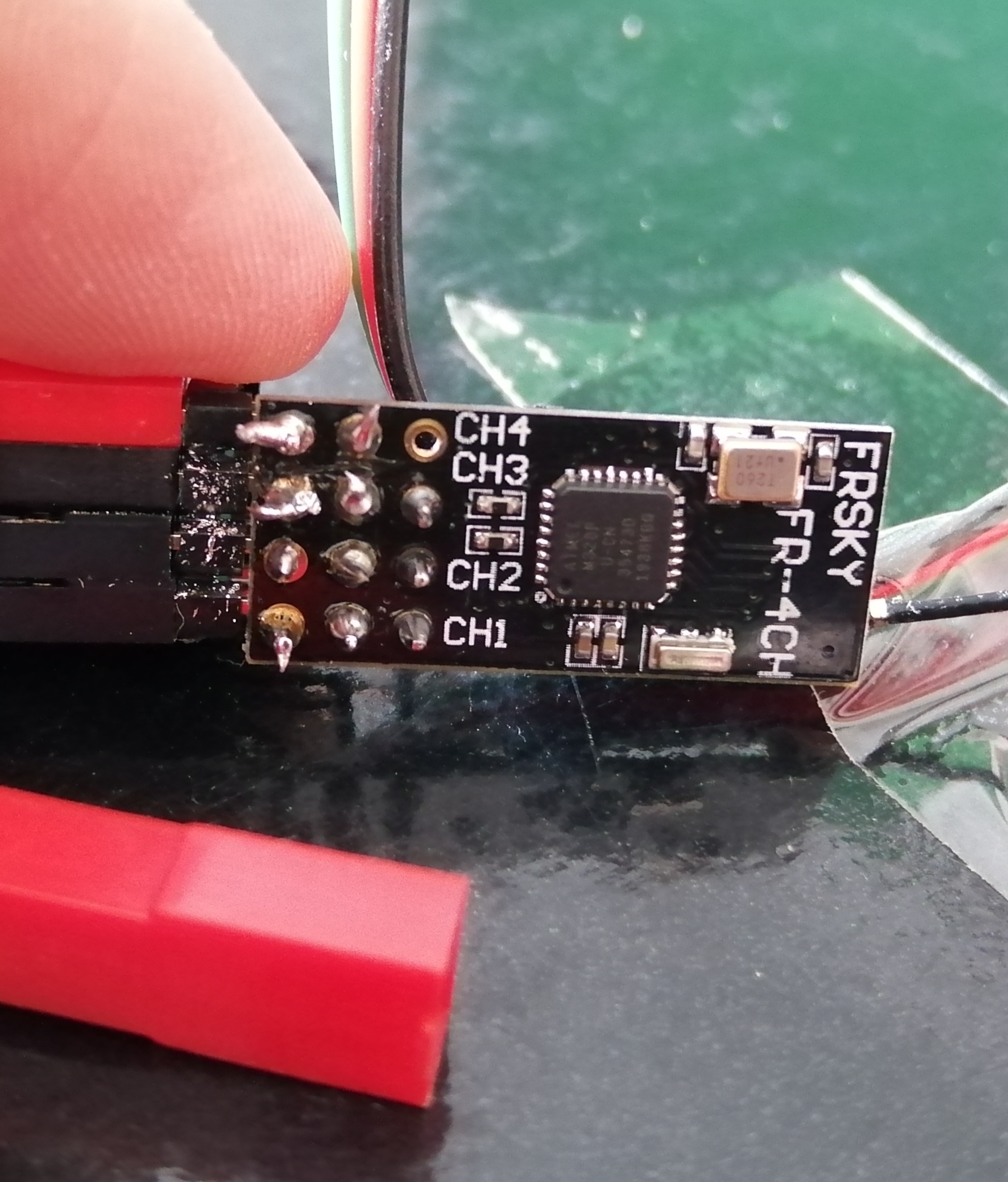