Small update to Killer-Wolf, got the new wheels I bought from Alex and have sorted out the new mount for the motors. 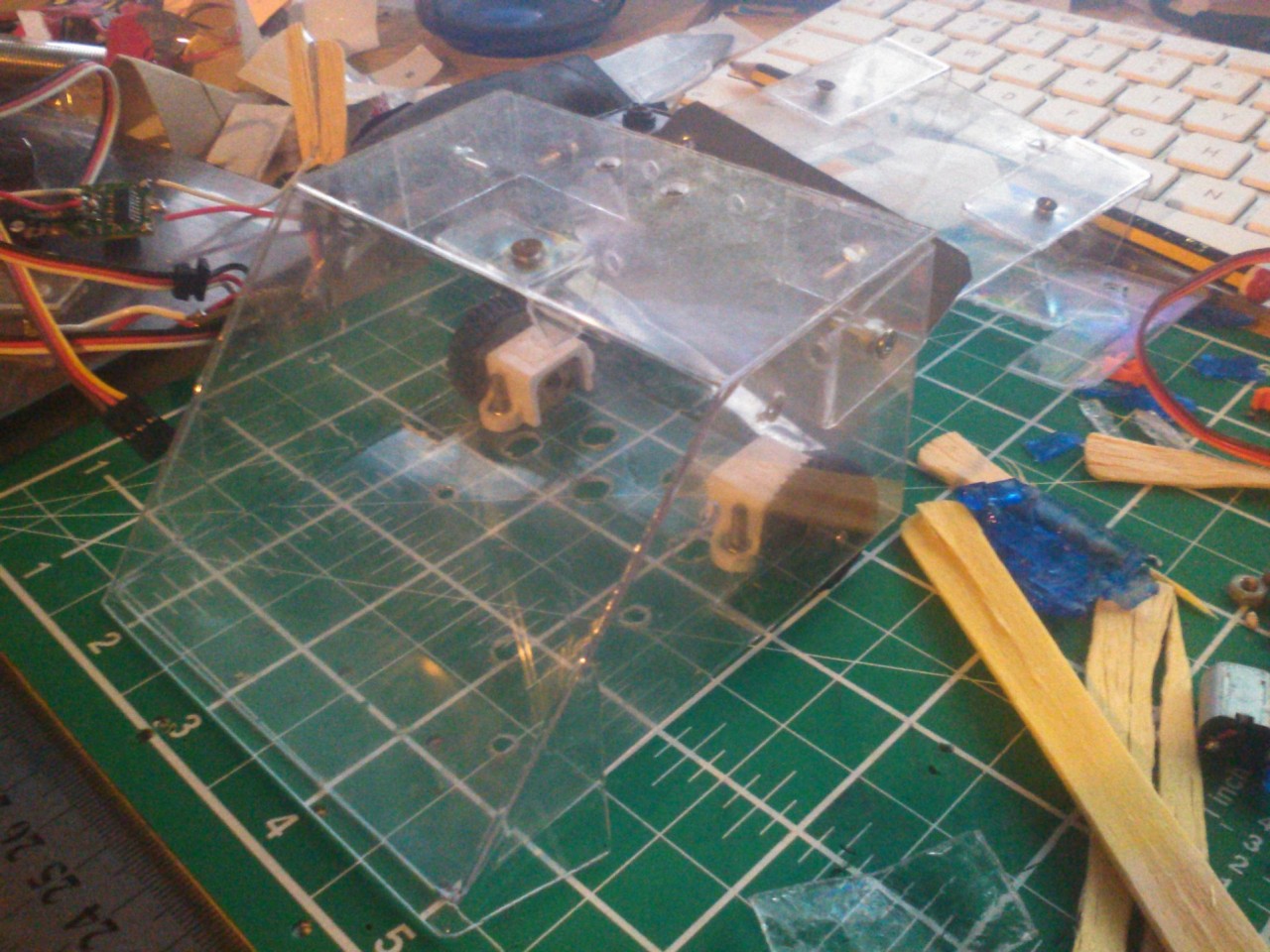 The AWS 51 is round the corner and sadly Killer-Wolf will have to sit out on this one. But that doesn't mean Team Coolspeedbot will not be there. Flying the flag for the team will be Bunny-Ears and its driver my little sister Jessica who'll be making their debut on the robot fighting scene.

I'll be there as team captain, pit crew and adviser for my sister.

Jessica, like me, is a robot fighting fan and ever since I first built Alpha-Wolf a year or so ago she has been hooked and has been interested to compete at event too. Now when I was her age (8 if you was wondering) the last series of the original run of Robot Wars ended and it took me 13 years to have the chance to compete so I've made every effort to give that chance to Jessica. Donating parts to Bunny-Ears, driving lessons. And on the 29th of October she'll get her first robot fight.
James Booth
Team Coolspeedbot

Labels have been worked on and with a final weight and size check Bunny-Ears is finished and ready for AWS 51. 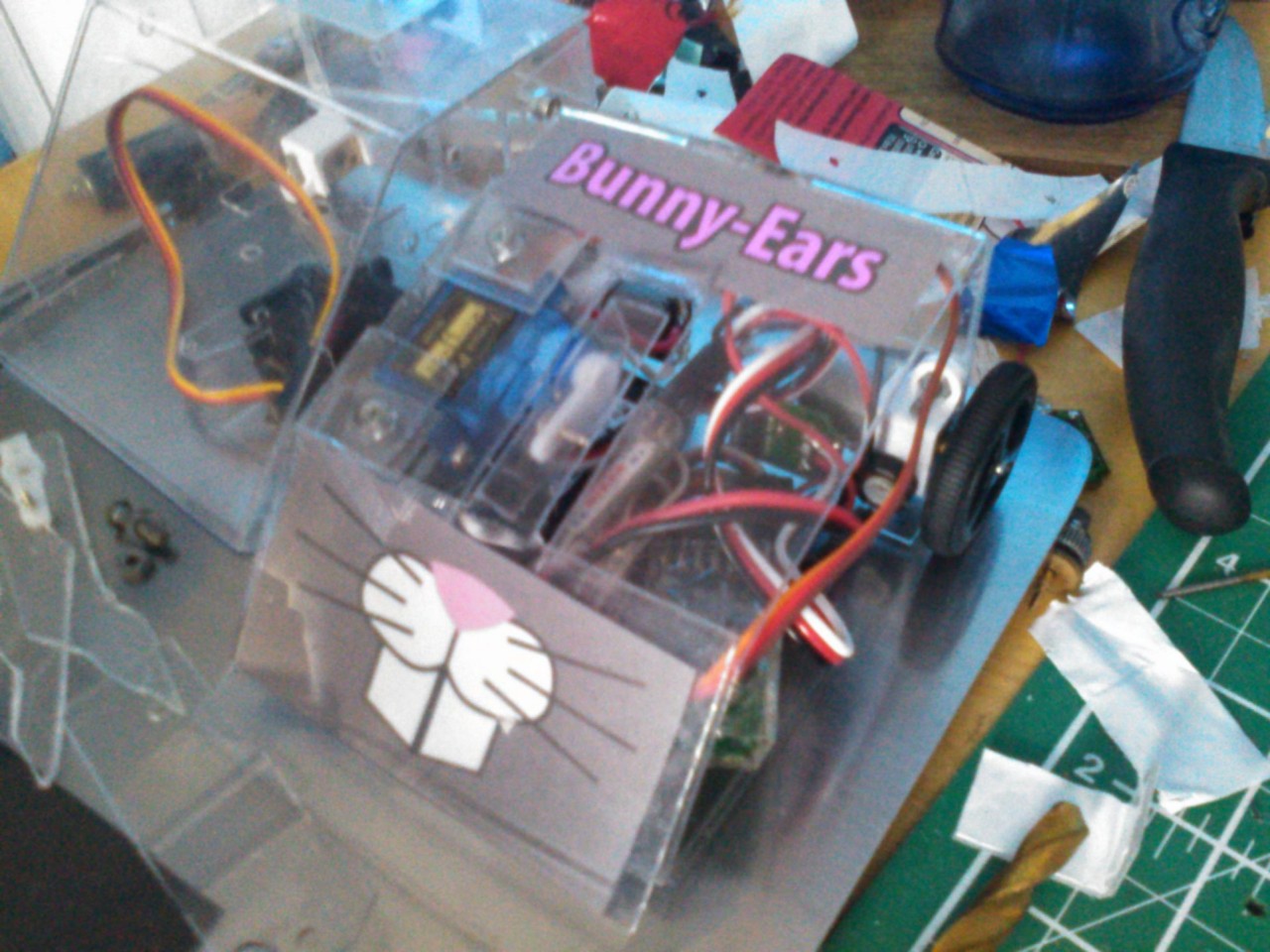 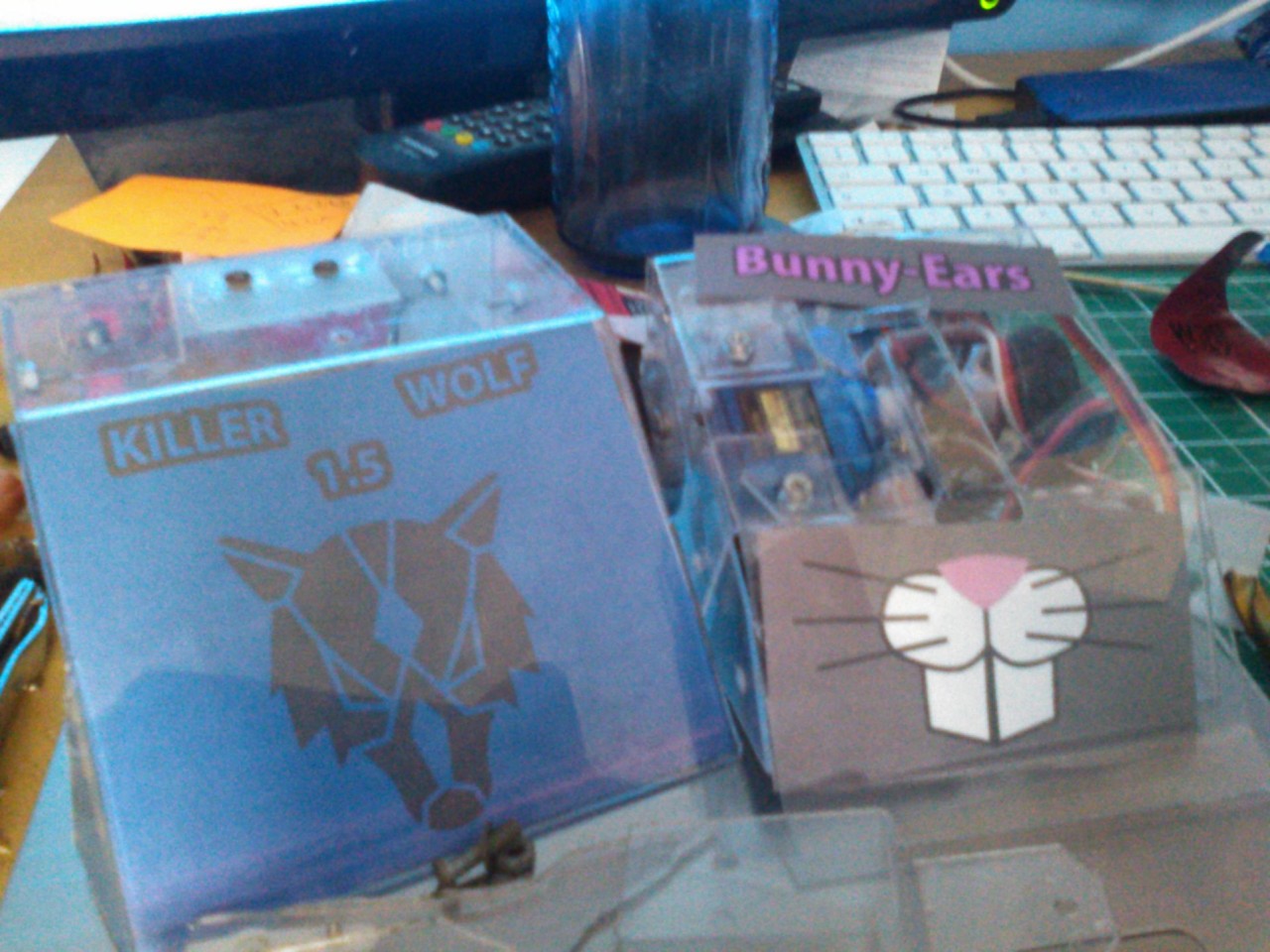 3 days till AWS 51 and I''m officially signing off Bunny-Ears as complete. Here we go a post event write up on Bunny-Ears' and my sister's performance at the AWS 51 yesterday.

First of all, it was a fantastic time and it actually got my heart racing.

First fight:
So for the first fight Jessica took control of Bunny-Ears when it went up against one of Dave's robots (I forgot what it was called) and well as expected Bunny-Ears lost but Jessica managed to give Dave a run for his money, not bad for a 8 year old. Sadly Bunny-Ears struggled to get a attack, even Jessica noticed the lack of speed in Bunny-Ears' movements. This was also the only fight we took damage.. a small indent in the flipper arm.

Second fight:
This time I took the controls for Bunny-Ears VS Phantom Fox, a very exciting fight (took a while for my heart rate to relax after) odd thing was Bunny-Ears struggled to self-right in testing, so I was pleased and surprised that I was able to get back up right so often. Nearly lasting the full 3 minutes only to be flipped out in the last 10 seconds. Drained the battery in this one.


So it's clear that Bunny-Ears is a improvement over Killer-Wolf, managed to solve the main drive issue of driving straight now just need to improve: Considering how the other robots seem to be faster at turning and getting around the arena looks like I need to work on getting up to pace.

Grip should be the easiest to improve just change to better wheels/ tyres.
Speed on the other hand might need more thinking, need to look into what gear ratio I should be using for more speed and see if the size of the wheels have a big factor in the performance.

another thing I learnt was what the little strip of plastic was for, Alex told me that it is acetate and helps robots get under other robots.

Ok I'll work on that and other improvements for Bunny-Ears and Killer-Wolf 1.5
James Booth
Team Coolspeedbot